The pictures you will see below are from a hike taken on October 28. Five of us had planned to go hiking together that weekend because I had heard that it was the peak time to see the fall leaves before they were all gone. We all planned to meet at Dobong Station that morning, but Sarah called me and backed out because she was sick, and two others decided not to show up. So . . . it was just Calvin and me. Nonetheless, we had a good time. How could we not when the weather and beauty of the nature surrounding us was so astounding??! It was an awesome day--and my last weekend in Seongbuk.

We began our hike climbing Bukhansan, looking for a particular place called "The Rock." Then we saw a map of at least five places labeled "Rock." Well, Calvin thought he knew which one it was, so we headed up the mountain to look for it. Turned out, that wasn't it, so we hiked and hiked, climbed several peaks, ended up in Dobongsan, and finally found our way back down the mountain, we discovered said "Rock" by happenstance.

We were sooooo sore at the end of the day, having climbed for about 6 or 7 hours. And let me tell you, this trail was not as easy as it appears. There were MANY rocky steps, among Korean ones.

The picture you will see of me being hugged by a Korean requires a short story. We had stopped to rest near a peak, and this woman and her husband we resting there, too. For some reason, she wanted to take my picture . . . over and over again on her camera and my camera and then she wanted pictures with me. So I asked her husband to take one on my camera too so that I could remember this lady. I think she would have adopted me if she could've spoken my language! Sheesh. hehe. Afterward the photo shoot, I asked her if she wanted a picture with her husband, and the answer was no.

Despite all the climbing, my favorite part of the adventure was near the beginning, when we discovered a river and decided to climb over the fence to get to it. It was soooo beautiful, and we just rested there for a while and enjoyed the lovely music of water rippling down rocks on a crisp fall day. I want to go back there someday! :)

I hope you will enjoy the pictures! Happy Autumn! 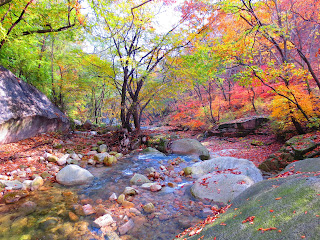 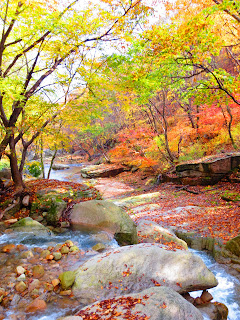 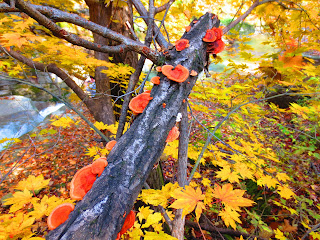 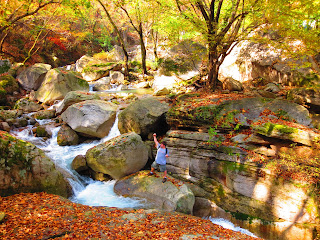 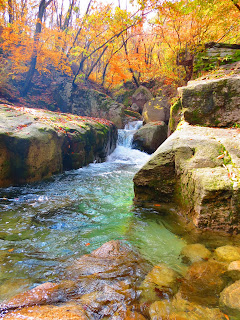 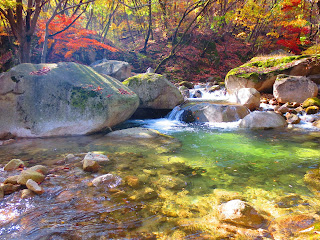 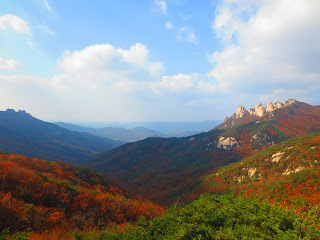 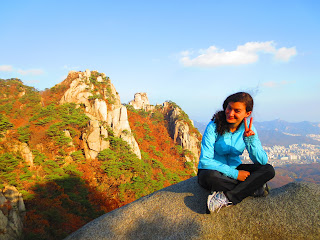 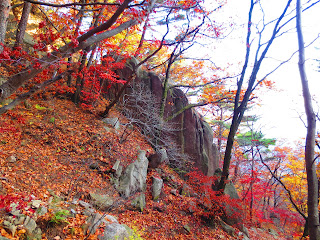 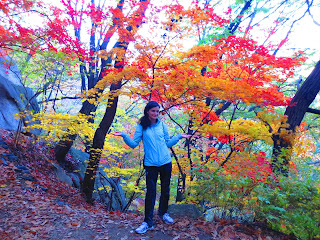 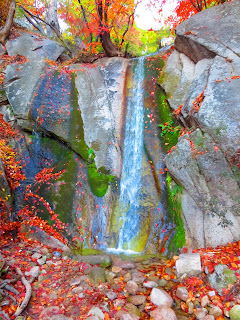 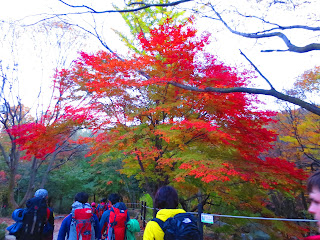 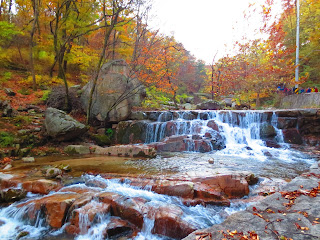